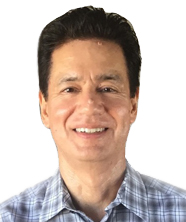 Henry Andersen is Founder of TDA Associates, a consultancy dedicated to developing “wisdom leaders” for global innovation. He is also a Professor of Global Management and Marketing at Meiji University in Japan and divides his time between Tokyo and LA.

Before moving to academia Henry was a full-time Synectics Principal, working globally with companies like Coca-Cola, Unilever, Nestle and Philips. Prior to that, he had worked for over twenty years in industry as a marketing and strategy executive with companies like Columbia Pictures, Mitsubishi Heavy Industries, Kimberly-Clark and Young & Rubicam while based in the US, Japan, the UK, Brazil and the Netherlands.

He is fluent in English, Japanese and Portuguese and has facilitated corporate workshops in innovative thinking, strategy, multicultural leadership and global marketing around the world. In Japan he has worked with companies like Astellas Pharma, Kirin Brewery, Mazda, NEC, Nippon Steel, Otsuka Pharmaceutical, Ricoh, Sumitomo Corp., Teijin, Toshiba, and YKK.

Henry has a BA from Harvard, an MBA from INSEAD in France and an MS in Journalism from Columbia.