You are here: Home » Thinking » The Act of Innovation is and always will be in style. 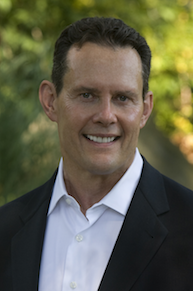 “Got innovation?” a recent piece in the WSJ begins.  “Just about every company says it does,” the article continues.  The central thesis is that the blush is coming off the innovation rose.  Likening it to “synergy” and “optimization,” the writer declares that “innovation is in danger of becoming a cliché–if it isn’t one already.”

Synecticsworld in Cambridge invented the field of creativity and innovation management consulting when it spun out of Arthur D. Little in 1960 and has worked with many of the companies mentioned in the Journal article, including both Sealed Air and Ocean Spray, two innovative organizations that are featured.

Based upon our work and research with these and thousands of other innovative companies, we see no sign that innovation, invention and creativity in business will go out of fashion.  To the contrary, we see mounting evidence of an innovation renaissance in the U.S. and around the world.  It is manifest in the rising number of organizations large and small that have formalized the position of Chief Innovation Officer, typically at senior levels and often reporting to the CEO.  More substantively, innovation fuels quickening new product development cycles in everything from computers to cars.  Geo-economically, innovation is fueling emerging economies, which now account for 1/3 of global GDP.

While the word “innovation” may weary and fall out of favor in the same way that “reengineering” has, I don’t believe the act of innovation itself ever will. From Peter Drucker, “Business has only two functions–marketing and innovation.”  Further, “Innovation is the specific instrument of entrepreneurship…the act that endows resources with a new capacity to create wealth.”  Behind these declarations is the fundamental economic truth that marketing and innovation are the only two business activities that generate income.  Everything else is a cost.

So until entrepreneurship and wealth creation go out of style, I believe that acts of innovation will go on, by whatever name we call them. Building on Drucker’s points, I would add a fourth to Clayton Christensen’s types of innovation: entrepreneurial innovation, the invention of something wholly new, such as the plow and more recently the Internet.