You are here: Home » Thinking » Steve Jobs and Synectics

I have just finished reading the Steve Jobs biography by Walter Isaacson. First, I recommend this book to everyone.  Isaacson has an ability to fully develop his topics and the book allows us to learn about Jobs and his approach to innovation and business. It is an interesting exploration of an iconic company and the genius that led it. 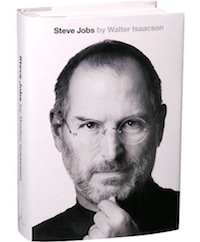 Steve Jobs presents a particular conundrum for Synecticsworld. He may be the most creative and innovative person of our lifetimes. He founded and led Apple, a company that has become synonymous with breakthrough products. He led Pixar to incredible success by redefining what an animated film should be. Jobs has redefined industries—music, telephone, computer, film. If you asked people to name the most creative person they could think of, I would guess that Jobs would be the number one response.

And yet he accomplished this success using a management approach that is a complete contradiction of what the Synectics Body of Knowledge would recommend. He dominated the creativity process at Apple and people that worked with him were often fearful. He told people that they were terrible and their ideas were stupid. According to Isaacson, “His Zen awareness was not accompanied by an excess of calm, peace of mind or interpersonal mellowness, he could stun an unsuspecting victim with an emotional towel-snap, perfectly aimed.” He was an intellectual bully, so secure in his ability and vision that he was not concerned with the feelings of others. When you read the things that Jobs says about Bill Gates and Microsoft (a not insignificant force in our lives over the past 30 years), you get a sense for the confidence and arrogance that drove Jobs and ultimately Apple.

You have to give genius its place in the innovation process.  As we have seen repeatedly throughout history, from Franklin to Edison to Jobs, there is no substitute for genius. The power of their creativity and intelligence, the drive to turn their imagination into reality, can not be duplicated. It does not matter how they interact with others, how they manage, or what barriers are placed in their way, they will make their idea a reality. In their absence though, what is the glue that holds the organization and vision together?

An honest appraisal would suggest that most of us do not have that spark of genius that allows us to follow that path. Most of us benefit from the collaboration of a team. We benefit from a supportive environment where we feel valued and where we feel that we are making a contribution. For most individuals and organizations the genius model is not an option, and we need to rely on another process to allow for innovation to take place.

Apple is in for a major culture shock as they transition from a process dependent upon one man’s genius to a model where empowerment of the individual will become essential. To continue to produce innovative results at Jobs’ level of world class performance, they will need to adopt an operational model that will harness the liberation of their full team and utilize that model to solve their complex challenges.