You are here: Home » Thinking » AN OPEN LETTER TO MICROSOFT 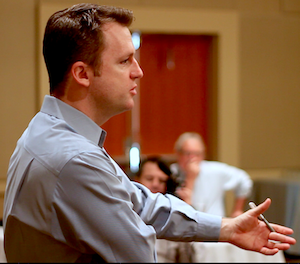 Back in the nineties, I felt I was at the center of the world as a consultant at Microsoft.  It was the early days of the Web and I was working with the early versions of Internet Information Server, developing some of Microsoft’s groundbreaking e-commerce sites. At the time nothing in the world was cooler than working at Microsoft. The fact that your office was just down the hall from mine added to that mystique.

Over the years, I was always an early adopter of your technology, buying a Windows CE device when everyone else had a Palm, snapping up an early Windows smartphone back when people still drooled over a RAZR, and anxiously awaiting Windows upgrades to see what cool, new features would make life easier.

Just a few short years later, I don’t have any Microsoft products.  This is heartbreaking, simply because I think Microsoft is far too important of a company to settle for what it has become.

There are few companies that have the talent, scale and resources to change the world in an instant. I believe Microsoft is one of those companies. The now famous August 2012 Vanity Fair article certainly doesn’t paint a pretty picture of how things are going for you and the company, but I’m a sucker for a comeback story, and that’s what I want for Microsoft, for its people, and frankly for all of us.

My big wish, is for Microsoft to become Microsoft. Not a bit of Google mixed with a dash of Apple and a hint of Oracle. It’s time to stop copying the Apple Store and pasting a Windows Store. And not the Microsoft of old that used its hoard of cash to buy any shiny new object it came across. Its time to become Microsoft.

It’s time to figure out what is really beating in the heart of Microsoft. What does it stand for? What does it believe in? What do its people really want to do? Other than survive?

I believe that identifying a core understanding of what Microsoft and its people truly stand for would be transformational for you. In my experience, good people, especially in the technology space, don’t want someone else’s past.  They want to innovate and create the future.  They want to put a vision for changing the world up on the wall and ask themselves, “How do we work together to make this happen?”

What is it that the people of Microsoft want to put on that wall? By tapping into just a small amount of the latent passion that roams the halls of Microsoft every day, you have the potential to reshape the world dramatically. And to me, that is endlessly exciting and possible, it just requires that first, scary step of admitting that you alone don’t have all the answers.  And I think a lot of people would be happy to hear you say that.

What would I do if I were in your shoes?

As Peter Drucker famously said, “Culture eats strategy for breakfast,” and that is why I would not start by dreaming up a snazzy new strategy but by focusing on culture. It won’t be as simple as hanging up a few banners, having a few assemblies and declaring that you have a new collaborative culture. I think we all know that kind of stuff doesn’t work. It’s going to require real work and soul searching, but its certainly possible, and I can’t think of any company that I’d rather see take on that challenge than Microsoft.  Like I said before, I’m a sucker for a comeback story.