You are here: Home » Thinking » Alignment is not the same as Buy-in.

One of the consistently destructive forces we witness at all levels of the organization is the concept of buy-in masquerading as alignment.   What is the difference?

Buy-in is trying to convince someone that your idea is what they should do i.e. they should green-light what you see as the needed change; cast in stone and not open to change.  It is the presentation of all the details and the thinking behind your concept, taken into the gladiators’ arena to win a  thumbs up.  It is like the worst slaughter of a good idea on the Shark Tank because the inventor is inflexible.  An even more destructive version is trying to manipulate the group into believing they have contributed, then just doing your original plan.

Alignment is something completely different, it is coming to a common shared perspective, objective, and way forward.  It’s not the dreaded decision by committee that leads to the equivalent of a striped shirt with checked pants.  In an alignment meeting there is a still a decision maker (see Optimal Decision Making) tasked with carrying a viable innovative solution forward.  The key difference is that you are open to the thinking of the group, you are open to hearing how their perspectives can build-on and improve your concept.   This is your opportunity to have key decision makers see themselves in the ideas moving forward, not because you have hoodwinked them into believing they were heard, but because they were heard.  It is a great opportunity for you to have the amassed experience in the room be the giants on whose shoulders you stand. 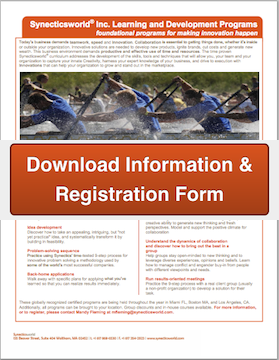 When Buy-in is masquerading as alignment, your meeting is really a great circus of placation waiting to explode.   The group will feel great that you came to them for their insights into the company, the future, the landscape where opportunity lies, and then you will present them with what is essentially “that’s great everyone, but this is what I decided to do before I came in here, so this is what we are doing”.   No matter how skillfully you do this, there will be blow-back, maybe not immediately, maybe they fell-for-it during the meeting, but it will percolate, and it will fire back at you in a downward spiral.  And the greatest shame of all is that you squandered the opportunity to build champions, who could see themselves in the concept, who would have opened the doors to move things forward and sponsor the change.

Before you go into another “alignment” meeting, ask yourself

If it is alignment you truly want, which can be a powerful tool in an organization with multi-tiered decision-making, then be open to the builds and changes, go in understanding that your concept will evolve into a stronger idea with the backing of those involved.

If it’s buy-in you want… “Oh, what a tangled web we weave when first we practice to deceive.”